On 23.-24.11.2009 European experts met in the Kista Centre in Stockholm to continue the discussion about the future internet. The community had met in Bled (resulting in the Bled declaration) and in Prague so far. This time the discussions were still on a very visionary level, but some knowledge cafés already tackled concrete vertical scenarios, such as smart cities, smart transportation, smart health and smart living – everything is „smart“ 😉
There were some outstanding presentations, among them the keynote by Hakan Eriksson, CTO of Ericsson, who defined the role of the future internet as a commodity (like water, electricity and cars) based on further extension of the broadband networks. In the session about future content networks (naturally the most interesting for me), Rosalia Lloret from RTVE (Spanisch broadcaster) gave an entertaining presentation about broadcasting in the future internet.
My friend and colleague Sebastian and I used the FIA to meet and talk to the experts from academia and industry and returned to Salzburg with a bunch of ideas and some promising new contacts spread across Europe.
The next FIA will be held in Valencia.
Conclusion: the future internet definitley is male 😉 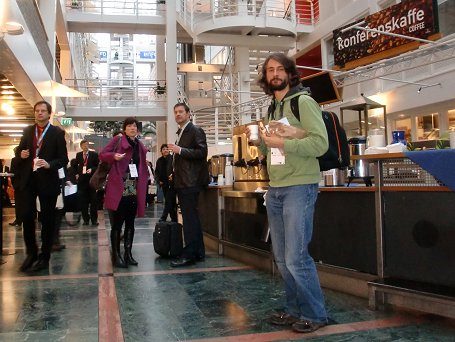 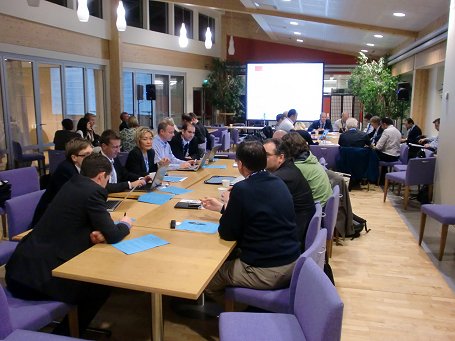 A knowledge café on the implications of FI on enterprises 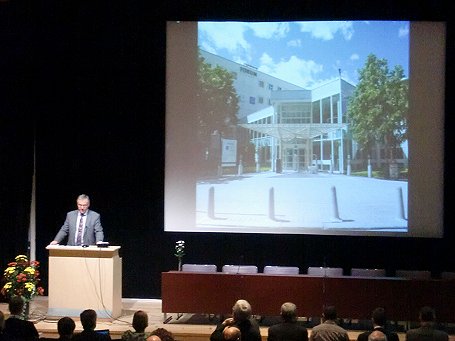 One of the FIA plenary sessions in the Kista Centre