From 31.05. to 04.06.2009 I visited the European Semantic Web Conference (ESWC 2009) in Heraklion (Crete) together with seven colleagues (Tom, Sebastian, Steffi, Rolf, Violeta, Rupert, Dietmar). The conference started with a tutorial day on Sunday (actually Whitsunday), followed by a workshop day on Monday. The main conference from Tuesday to Thursday was dedicated to paper presentations, posters and demos. There was also an in-use track, „enlightning talks“ and a presentation of the objectives of the intelligent information management unit (SO4.3) for 5th call.
Salzburg Research presented two posters, had several workshop presentations and demonstrated results from the KiWi and the LIVE project. The KiWi demo also won the „best demo award“ (some bottles of Ouzo which still remain to be opened). Sebastian chaired the semantic wiki workshop. 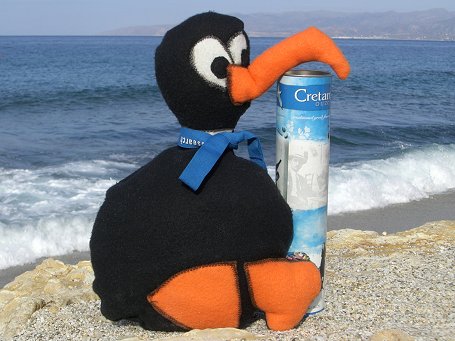 Summarising, my impression is that the seed of the Semantic Web has grown, but to some extent I miss a unifying view: there are already too many overlapping approaches, some of them small in scope, and definitifely the large EU projects play a lighthouse role Semantics is no longer „hype“, but well established which also drives the Semantic Web community to look out for new attractive goals: Linked open data and the emergent sensor web seem to be good candidates … 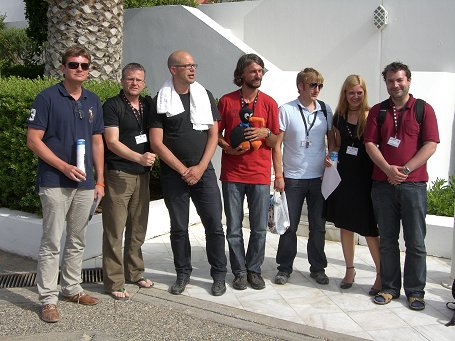 The KiWi team after receiving the demo award 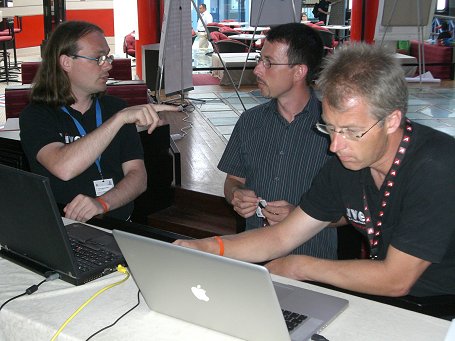 Dietmar and Rupert explain the secrets of LIVE: It’s all about emotion (Rupert, don’t point at anybody with your finger – but: „So sans, die B’hofner!“) 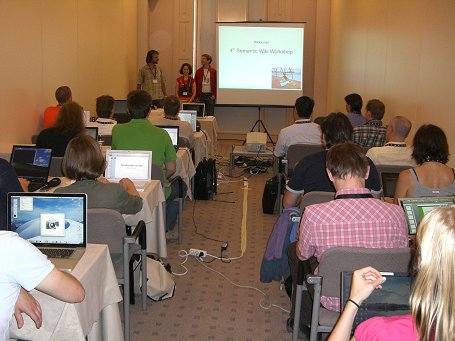 The semantic wiki workshop on Whitmonday